The Foundation of Connected TV Ads 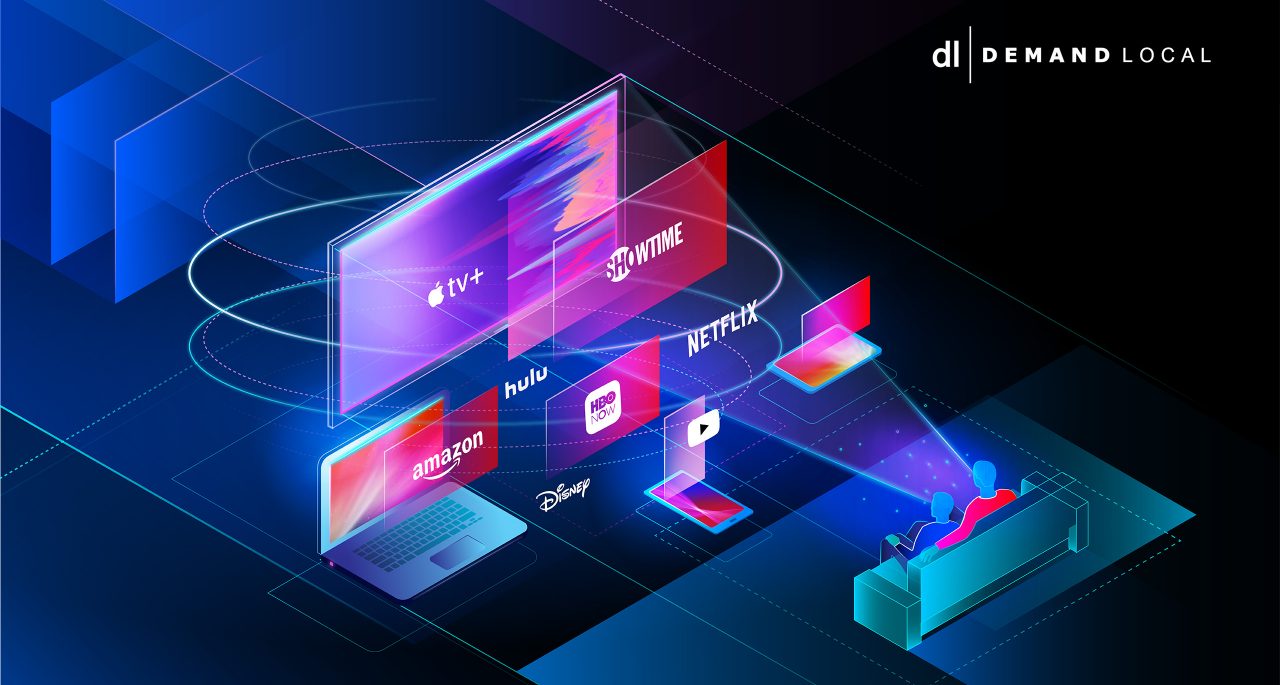 The use of Connected TV (CTV) has grown substantially in the past 9 years. Connected TV Devices like Apple TV and Roku are putting viewers in control of what they watch and how they watch it. Instead of having to run streaming networks on their computers, they’re able to put it all on their television and control their experience from a single platform. Viewers enjoy on-demand content from a growing list of providers, giving them the means to design their own convenient programming schedule whenever they have the time. Nearly 75% of all US households have some type of CTV set up in their homes (a 6% jump from 2017). It’s time to take a serious look at CTV and how Connected TV Ads can help flesh out a company’s marketing strategy.

Connected TV refers to a device connected to the internet that allows its users to watch specific (usually paid) content. The term can also refer to a television paired with an internet-connected device, such as  Roku or any smart TV. CTV advertising is gaining a lot of traction because most people use it to run monthly subscription services, such as Hulu or Sling. These premium audiences have the means and motivation to demand more from their viewing experience — they’re willing to pay for it.

The Intersection of OTT (Over the Top) Relates to CTV

CTV falls under the umbrella of OTT marketing, which is why you’ll hear the two mentioned in the same sentence. OTT stands for over-the-top, it enables the viewer to access content via the internet without the help of a cable connection. (OTT is the service being offered rather than the device it’s being played on.) CTV is often associated more with paid subscription services whereas OTT may be free to the viewer.

Media advertising for both CTV and OTT is largely still in its early stages. A company like Netflix won’t allow companies to run ads between their shows, but a company like Hulu has different versions of their platform — and some subscribers will choose to watch ads for a lower monthly fee.

Some experts predict a 15% rise in ad revenue in the next 10 years, giving owners a solid reason to invest in OTT now for bigger payoffs in the future. This prediction is in line with the rest of the numbers. By 2020, Hulu’s Advertising revenue is estimated to hit $1.4 billion. By 2021, CTV users are estimated to hit 194.4 million. By 2022, an estimated 204 million Americans will be watching CTV.

Convenient Entertainment: The Reason Behind the Hyper-Growth of OTT

A linear TV requires a person to build their schedule around their favorite shows. If their schedule changes, they may need to wait several months to catch up. With Connected TVs, users can navigate an easy-to-use interface, choose from a diverse line-up of quality programming, and watch when they want.

Plus, OTT Platforms has managed to satisfy needs viewers didn’t even realize they had. Groundbreaking network series, old favorites, and new releases are now the standard for OTT audiences, and the current content has created quite a buzz for what’s to come in the future. Providers have also seen incredible success creating their own content specifically for their viewers, so they’re more likely to maintain their subscription. This on-demand, original content is now on par (some would even say better) than its network competitors.

CTV had made it easier for people to access this vast array of OTT programming available to them. If they purchase an Apple TV or a Roku, they can use their internet connection to play a wide variety of platforms on their regular TV, such as Amazon Prime, Netflix, and Hulu. If a subscriber wants to catch an action movie or share a funny video with everyone in the family, they don’t have to watch it on their laptop or phone.

When Did Streaming Technology Become Mature for Mass Market?

Networking and data storage technology advancements saw an exponential spike in the last decade. This led to a spur of new types of businesses that disrupted the market (e.g., e-commerce). The entertainment industry was one of the front runners to leverage this technology infrastructure and build convenient services on top of it.

Internet Protocol TV (IPTV) was first coined in 1995, but it would still be another 10 years before viewers really started devouring OTT content. In 2005, iTunes began offering its users the ability to download specific TV shows directly to their chosen devices for a fee.

Netflix debuted its first streaming content in 2007, and it wasn’t long before Hulu got in on the game in 2008. Netflix, which originally started out as a DVD rental competitor to Blockbuster, pioneered the streaming industry by creating a service with enough bandwidth to handle its initial base. And while the company’s initial response was lukewarm, it wasn’t long before they started seeing significant interest in streaming.

Their success effectively disrupted the market and started a lasting trend. As more people were turned onto this easy way of watching content (easier even than TiVo), it attracted global interest. This kickstarted Netflix to invest more in its technology and prompted other companies to do the same. In 2011, Netflix had 21.6 million subscribers. (Today, they have 148.86 million.)

Netflix originally started with classic movies, such as When Harry Met Sally, Chinatown, and True Lies. They also featured series like the BBC version of “House of Cards” and “30 Rock”. Hulu would follow this up with television series that were actually still on the air as opposed to the finished seasons on Netflix. (This would largely keep the company relevant against Netflix.)

Netflix was the first company to premier its own content created especially for its platform in the form of the American version of “House of Cards”. This series began in 2013 and was wildly popular among Netflix’s millions of subscribers. This original series set the bar for other subscription companies to do the same.

OTT devices have been a part of the cultural fabric of the US since its debut. Stretching back to 2005 with platforms like iTunes and YouTube, OTT has only continued to grow in popularity — especially as the content became better and better. While people may have an allegiance to a particular brand of service, the general demand for OTT content has only increased year over year.

To that end, some of the largest players in entertainment, telecom, and even technology are fighting to win this market. AT&T, Amazon, Apple, Disney are among the giants throwing their hat in the ring, with several billions of dollars being invested in producing original content. Every year we see more and more nominations and awards for content produced for Connected TV.

How Marketers First Responded to OTT

With unprecedented user growth in this segment, OTT became a humongous playground for advertisers to commercialize on.

However, it’s not so much a question of when OTT or CTV advertising first began as what options were available to them. For example, Netflix streaming was never designed to be supported by advertisers. The first ad on YouTube appeared in 2007, while Hulu ran its first major advertisement in 2009 (with many more to follow). More advertisers followed on both free and subscription-based platforms, but some marketers estimate that it’s only been about two years since its popularity started really attracting the attention of marketers.

Why Marketers Are Busy Changing Gears to CTV Ads

Before addressing the recent flock of marketers to the Connected TV Inventory, we should first distinguish CTV Ads and OTT Ads. With CTV ads, you’re targeting the premium audiences: the people who have money to spare on your product.

If OTT is beer, CTV is scotch. The audience of CTV isn’t just listening, they’re actively engaging with the content. They’re choosing the exact show they want to see at the exact time they want to see it. In other words, they’re paying attention once they do sit down to watch.

In addition, Connected TV Ads can be far more specific to the viewer than traditional marketing. Marketers can use 1st & 3rd party data to target ads to interested audiences, retarget ads to prospective buyers, and cross-market products and services across multiple devices. Marketers can also access their metrics in realtime, allowing professionals to quickly adjust campaigns that aren’t working.

How does CTV Advertising Work?

Connected TV advertising starts with understanding the platform. At the broadest level, you’ll choose a DSP and bid for ad space. Use digital marketing strategies to target your audience before publishing your ad, and track conversion rates in real-time after the ad has gone live.

If you’re relatively new to the process, CTV marketing can get tricky. If you don’t have the right marketing consultant, it’s easy to overbid, market to the wrong people, and let campaigns run far longer than is profitable. A partner like Demand Local knows both the marketing and technology side inside and out, courtesy of having been in this market space for years now.

In addition to the growing number of CTV users, CTV marketers are quickly starting to treat it as its own separate entity. Between November 2017 to November 2018, the general CTV industry saw ad requests skyrocket by 1,640%. These numbers indicate that CTV advertising is no longer seen as a small portion of a company’s larger digital reach. The number of resources doled out for CTV, on either side of the equation, is only going to increase in the immediate future.

From June 2018 to May 2019, we saw AT&T spend $104 billion to buy Time Warner. Not to be outdone, Disney dipped into its pockets to buy 21st Century Fox for $71 billion. At the lower end of the spectrum, Comcast spent $41 billion on the European broadcaster Sky. All three juggernauts are planning to launch streaming services in the first quarter of 2020. 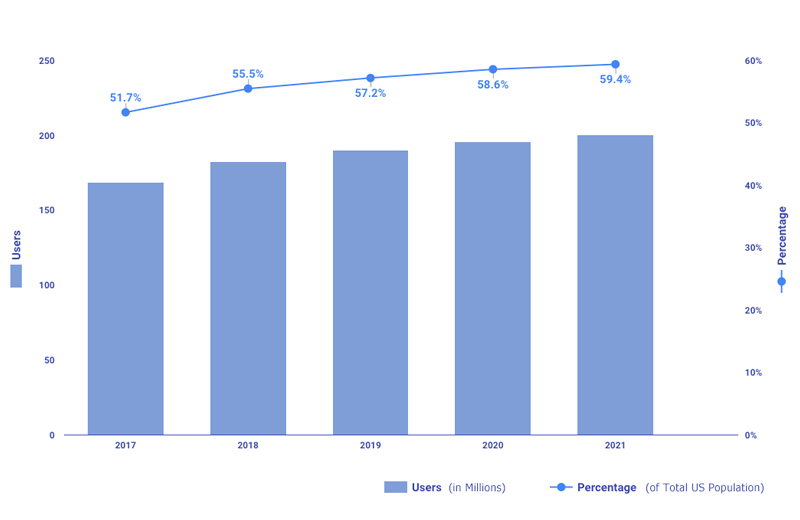 Stats on the image are originally from the article ‘Connected TV Ad Inventory keeps growing’ written by Roxx Benes for eMarketer.com

Demand Local puts our clients in front of their target demographic, whether that audience is watching at a coffee shop, their living room, or a hotel suite. This is the fastest-growing video segment, and we know exactly how to strike while the iron is hot.

We can find the best publishers for your ads, integrate multiple campaigns, and deliver your content across multiple devices. As you work with us, we provide custom reporting that tells you how your campaigns are affecting your KPIs. Demand Local puts you in control of your CTV marketing, so you don’t waste a single dollar. 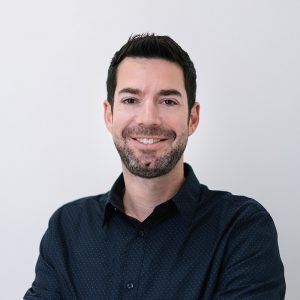 Mike Machado is the Chief Revenue Officer and Co-Founder of Demand Local, Inc. Mike founded Demand Local, Inc in 2008 with Ray Bhatia. Mike worked at Jumpstart Automotive Group, helping start their dealer sales division and spearheading their Tier II digital efforts. Mike’s online automotive experience spans 15 years, including positions at Autoweb.com, Open Auto, and iMotors. Mike received his Bachelor’s degree in Business Administration and a Minor in Economics from Saint Mary’s College of California in 2002. Mike is based out of San Francisco.