With its fine-tuned shipping services and massive following, Amazon was perfectly positioned in the market to capitalize on a pandemic. In the past few months, their sales have mirrored the chaotic holiday season, jumping up to $11,000 per second during the peak. But sales aren’t the only thing that is expanding. See how the company is moving into the advertising space with everything from Amazon OTT ads to Amazon display ads.

Starting as an online bookstore in 1994, Amazon eventually began to branch out to sell nearly everything under the sun. Part of its success has been in the advertising game, so much so that it’s now the third biggest global platform, taking a backseat only to Google and Facebook.

Advertisers turn to Amazon for its trove of data, so they can see who’s buying what. They can look at models that predict which segments will perform the best, so they can focus their ad dollars and reap the best possible returns. It’s why Amazon saw a 40% boost in ad revenue in its first quarter (compared to Q1 2019), which explains the vast majority of the nearly $4 billion listed under the ‘Other’ business category in its reports.

There are very few industries that Amazon has not impacted, which is why its advertising strategists have needed to think outside the box when it comes to connecting with customers. A 50-year old man looking for power tools will be poking around in very different spaces than a 14-year old who wants to become a fashion influencer.

To that end, Amazon acquired Sizmek’s ad serving and dynamic content optimization sectors about a year ago, a bold move that took advantage of the overlap between Sizmek and Amazon Advertising. By expanding its empire into different spaces and various platforms, Amazon has done a stellar job at reaching out to practically everyone who’s ever gone online.

Amazon has seen the future of CTV, which explains why they’ve made such an aggressive push to gain a foothold. In the US, they have a 30% market share of CTV devices and that figure includes Smart TVs. Fire TV, Amazon’s streaming device, sells ads for subsidiary group channels such as Twitch and IMDb TV. Fire TV users can access 20,000 titles and that’s not even including the popular Prime Video with its coveted original content. Amazon advertising DSP ads have been proven to boost conversion rates by targeting audiences based on everything from postal codes to purchasing behavior.

Jumping on the Bandwagon

Advertisers have a tremendous opportunity to leverage the resources of Amazon, both in terms of their customer base and assets. Advertisers can market on the site or use Amazon technology to market across different platforms. Some companies choose Sponsored products ads, appearing directly on Amazon.com on a cost-per-click model. Others will use display ads either on Amazon or on other major sites.

There are also video ads where you can appear on Amazon Fire wake screens, Amazon apps, or affiliated Amazon websites. When it comes to directing people back to the actual products, advertisers can either link to an Amazon storefront or to the company’s website. There are restrictions on how you can advertise your products, but digging into the specifics and following the rules are worth the effort.

It’s not clear what the long-term consequences of the pandemic will be, but it’s likely to perpetuate what has already been happening. Consumers today are going to keep buying goods online and utilizing content in their homes. Nearly all advertisers can benefit from the traffic across Amazon and its subsidiaries. Larger companies can maximize their exposure with DSP strategies, so they’re interfacing with as many relevant channels as possible, whether it’s online or on CTV.

This is also a great time to consider using Amazon as a storefront (if you’re not already). Even if you’re just using Amazon as a way to clear room for new inventory, the partnership you create can go a long way toward utilizing the best in Amazon’s multidimensional strategy.

All of the news in the business world right now points to just one thing: Amazon is not satisfied with where they are. Despite its current influence, the leadership team wants more. That’s why they’re acquiring ad servers like Sizmek and expanding their content streams. Advertisers need to be two steps ahead when it comes to what the game will look like long after coronavirus is in the rearview.

Demand Local has been leading the way in digital marketing since 2008, and we’ve seen exactly how advertising has transformed over time. Our job is to track technology and companies like Amazon to determine which platforms give our clients the best possible advantage. And nothing, but nothing, is better than getting in on the next big thing as early as possible.

If you have questions about the most innovative advertising solutions for you, there’s no better time to reach out to us. Amazon may not be a small player, but there’s still time to leverage its resources before the ad prices spin out of control. Whether you’re looking for Amazon display ads or Amazon OTT ads, we can immediately start working on a strategy that works for you. 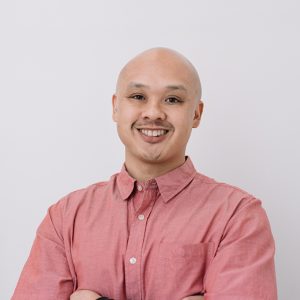 Christian serves as VP of Automotive Sales and Marketing for Demand Local. Christian has been with Demand Local since April of 2010 where he partners with dealer groups and ad agencies providing new and innovative digital marketing strategies that help clients grow their brand, market share and profit margins.